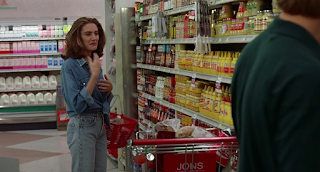 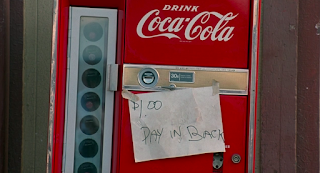 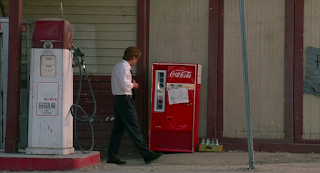 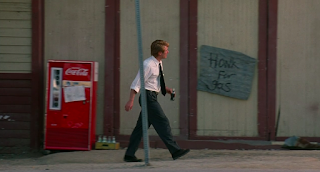 Spotted: Coca-Cola scoreboard, two different vending machines and a 6-pack with an empty bottle
in the Movie: Wild Things  (1998)
by: coca-cola-movies

Spotted: Coca-Cola bottles, cans and cup, Diet Coke and Sprite cans and bottles, Dasani bottles
in the Movie: Thank You for Smoking  (2005)
by: coca-cola-movies

Producer: David O. Sacks
Director: Jason Reitman
Description: WARNING: Thank You For Smoking "just might make you laugh your head off!" (MAXIM). Aaron Eckhart stars as Nick Naylor, a sexy, charismatic spin-doctor for Big Tobacco who'll fight to protect America's right to smoke -- even if it kills him -- while still remaining a role model for his 12-year old son. When he incurs the wrath of a senator (William H. Macy) bent on snuffing out cigarettes, Nick's powers of "filtering the truth" will be put to the test. As Nick says, "If you want an easy job, go work for the Red Cross." (Source: IMDB)
Coke Brands: Joey works on his homework at his desk and there are two opened 8oz Coca-Cola glass bottles and a half-eaten slice of pizza. His father sits on the sofa across from him. The embossed Coke bottles have a painted UPC label. On Nick's flight to Winston-Salem, a flight attendant pushes a cart with Diet Coke and Coca-Cola cans and bottles of DASANI water, Diet Coke and Sprite through the aisle. After his near encounter with death, Nick is visited by Polly and Bobby at the hospital cafeteria while Joey sips from a Coca-Cola paper cup with lid and straw. Nick cleans out his fridge and inside are one 2-liter bottle of Coca-Cola with a yellow cap and three 20oz bottles of Sprite with yellow caps. After the Washington Probe headline news on Nick, Joey's mother brings him to visit Nick at his apartment. Nick opens a bottle of Coke for Joey and Joey takes a sip and puts it down on the counter in the kitchen. There are two other empty Coke glass bottles on the counter against the wall. 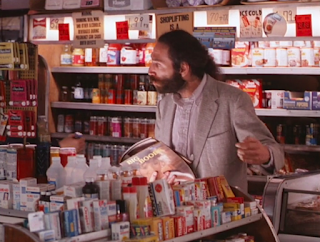 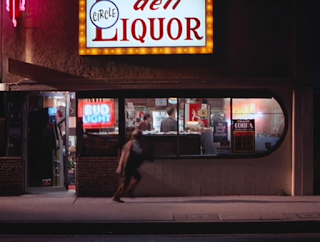 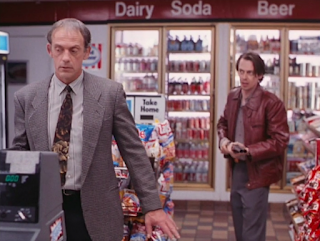 Spotted: Coca-Cola cooler and Fruitopia poster
in the Movie: The Big Hit  (1998)
by: coca-cola-movies 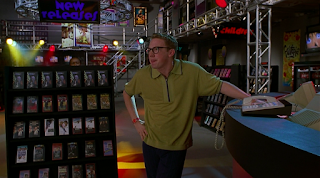 Spotting Coca-Cola in the Movies